Without somewhere, you're nowhere

Our mission is clear

We go where energy flows

And geography is our common destiny

Helping you make sense of your world

We solve strategic 'Where' questions


Our highly skilled team of consultants draws experience from diverse industries that drive the modern economy. The common thread is Geography!

Spatial software and data are at the core of our consultancy. These advanced and sophisticated tools empower us to work with our clients to solve their strategic ‘Where’ questions and challenges.

“If you do not know how to ask the right question, you discover nothing.” – W Edward Deming. The core question we ask and answer is “Where?”

Our consulting team has vast experience in the design, build and deploy of spatial based software systems, both for desktop or web. 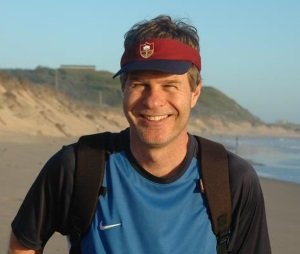 Robert’s motto is “aut viam inveniam aut faciam”, translated means “I will either find a way, or make one.”

Robert founded Carto World in 1997. At his core Robert is a skunkworks specialist and thrives on solving complex problems. His love for geography and; software innovation has been the driving force behind two internationally successful geo-spatial software products.

Robert has an MBA, is a Chartered Engineer with the UK Engineering Council and holds a Chartered IT Professional grade with the BCS – The Chartered Institute for IT. With over 25 years business experience, he intimately understands how to translate a strategic value proposition into superior decision support, effective operational processes and aligned change initiatives for increased revenue generation. In 2016, Robert published a book entitled ‘The Strategic Value of Data’, which examines the strategic role of information in the organisation and how data warehousing and spatially enabled systems add value. His insatiable curiosity has taken him down, metaphorically speaking, many paths, studying diverse subjects such as business and self-esteem coaching, homeopathic modalities, nutrition and alternative energy medicine. He is a licensed facilitator of The The Change Journey; and Neethling Brain Profiling which quantifies left vs right brain thinking preferences.

He hails from Johannesburg and now lives in British Columbia with his wife and family. 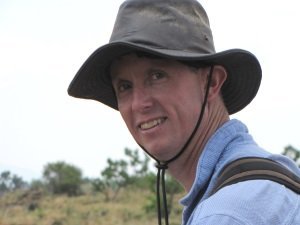 Dave subscribes to quality. If a human being could be certified ISO 9000, then Dave could add that to his resume.

Dave qualified as a Electrical Engineer in 1991, and his love for programming motivated his further studies in Data Metrics.  He is an advanced programmer,  initially programming motherboard chips directly in assembler code. In 1997 he joined Carto World and loyal served the team as the core developer for its popular geo-mapping suite of products. His attention to quality and detail was appreciated by users all over the world. More recently Dave has been working with his long time friend and Carto World colleague Robert developing land information systems for municipalities.

Dave has the privilege of daily working with Chantell his wife. A great team down in sunny Johannesburg.

Colby is our in-house sceptic. More out of dissatisfaction with the status quo than from a compulsion to be difficult, Colby is a contrarian, having learned the value of the maxim, “If everybody is thinking alike, then someone is not thinking”. That learning was gleaned less from academe (Georgetown University, 1965) than from a variety of jobs, starting as a lowly cadet in artillery, where he once sited a howitzer-battery exactly 180 degrees out: “We aspire to be precisely right, but it is better to be roughly right than to be precisely wrong”. After a further period in several U.S. governmental services, Colby worked mainly as an independent contractor, specialising in market-development for financial organisations. He has been resident in five countries, on as many continents. No expertise in geography led Colby to us (witness his spacial acumen in artillery); rather a decades-long association with Robert in South Africa on the perennial problem of transmuting disparate data into actionable intelligence. That work – of collation, classification, clarification and eventual deep analysis and sceptical assessment – is Colby’s idee fixe. It has emboldened him to join this thoughtful journey.

A U.S. citizen, Colby lives on the moors of North East England, in County Durham. 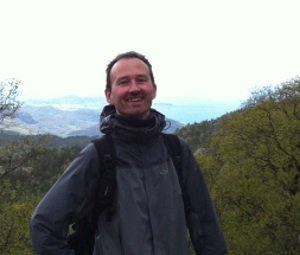 He holds a Master’s degree in Cartography and Geographic Information Systems, and a Bachelor’s degree ad Post-Graduate Diploma in Computer Science. In 2016 he acquired an executive MBA (specializing in Energy) at the BI Norwegian Business School in Norway, in cooperation with the IFP School in France and the Haas School of Business at UC Berkeley.

Michael is a truly citizen of the world, reflected in his love of travel and work. His career has embraced software development, IT architecture, information systems management, geomatics, land surveying, and GIS systems. Furthermore, his travels have led him to various assignments in France, Canada, Chad and South Africa, where he met Robert in 2004. Together they collaborated building Carto World’s EIS system.

He heralds from Paris, and now lives in Quebec with his wife and family. 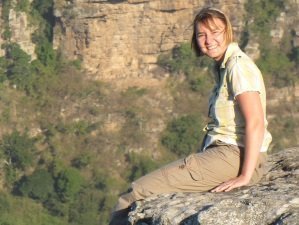 Chantell skilfully drives delivery. Her role is so integral to project success, that the team would be lost without her. Customers love working with Chantell because she inspires trust and confidence that the job will get done.

With twenty three years’ experiencein the information technology profession, she has developed remarkable ability ensuring quality projects get delivered on time. During this time she has served in many varied capacities, implemented numerous software roll-outs, (including planning, testing, training, was a network administrator, and has built, maintained, supported various server and specialized desktop systems and built commercial websites. She joined the Carto World team in January 2013, and subsequently developed a love affair with GIS. (We are sure her marriage to Dave has something to do with this!) Her aptitude for adopting this new technology has been remarkable, where she has delivered GIS projects accustomed to seasoned specialists.

Chantell lives in Johannesburg – with Dave, of course.

Our highest priority is to satisfy the customer through early and continuous delivery of valuable software.

At regular intervals, the team reflects on how to become more effective, then tunes and adjusts its behavior accordingly.

Build projects around motivated individuals. Give them the environment and support they need, and trust them to get the job done.

Agile processes promote sustainable development. The sponsors, developers, and users should be able to maintain a constant pace indefinitely.

Simplicity–the art of maximizing the amount of work not done–is essential.

Working software is the primary measure of progress.

The best architectures, requirements, and designs emerge from self-organizing teams.

The most efficient and effective method of conveying information to and within a development team is face-to-face conversation.

Business people and developers must work together daily throughout the project.

Deliver working software frequently, from a couple of weeks to a couple of months, with a preference to the shorter timescale.

We solve strategic 'Where' questions